34
Shares So Far
Spread The Awesomeness!Be Cool, Tweet About Us

You should visit, because:

Keep in mind these:

Food of Asia Under One Roof

Asian aroma, like the name hints, is an Asian fusion restaurant , located inside Park Lane – MM Alam Road Lahore. We visited this place as part of MEW program  by Fnf – A Facebook Community. The place claims to be the “finest, high class and most authentic Japanese and Thai food restaurant“. Were the claims true? Read below!

You enter into park lane and this place is located on Mezzanine Floor, as soon as the lift opens up a calm, decent environment welcomes you. The interior is pretty simple but neat, a teppanyaki station on one side and sushi counter on other side.  The place is huge and has a private dining room too. It can easily house 50+ people. 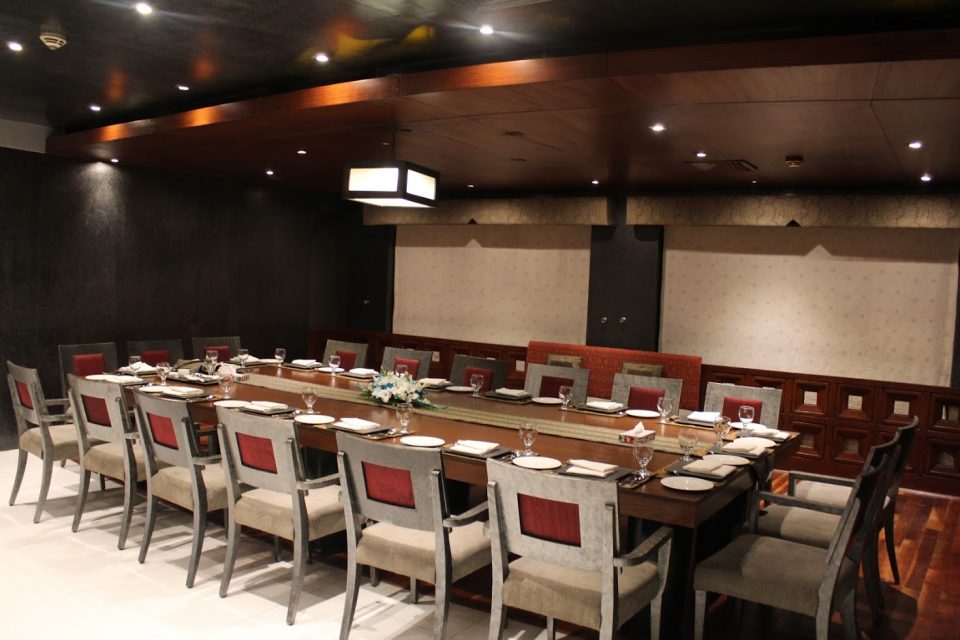 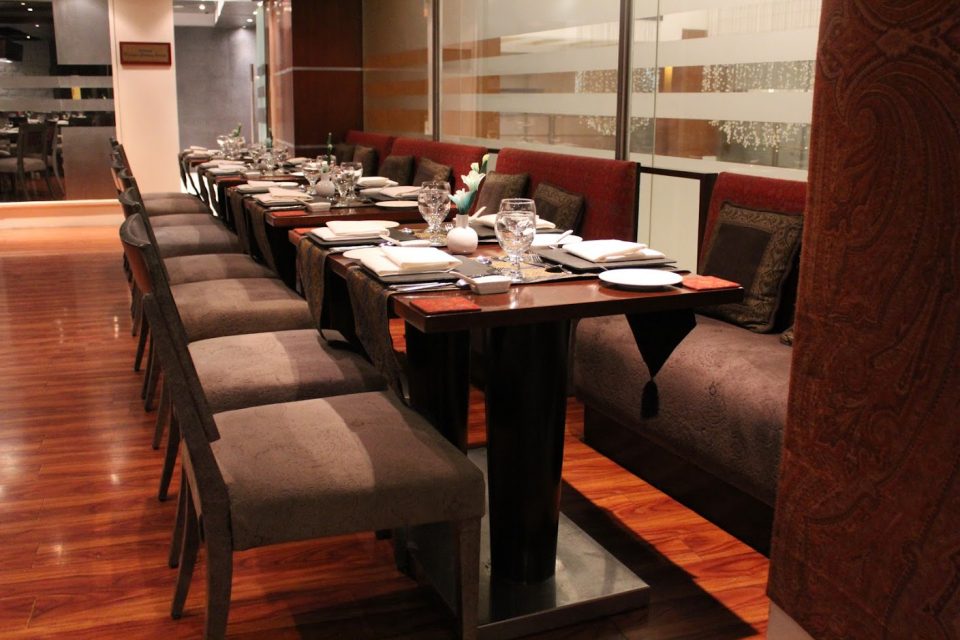 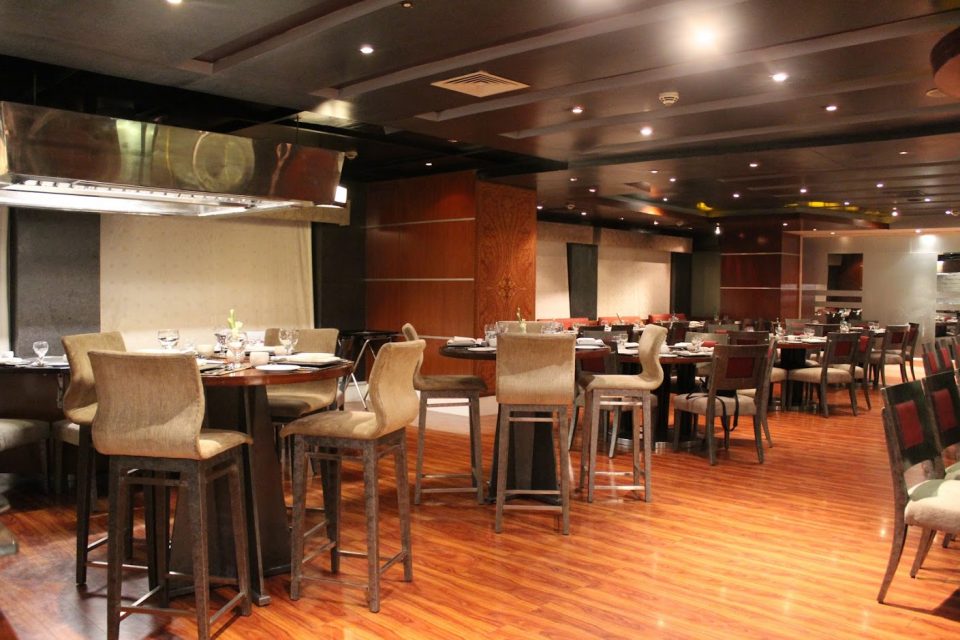 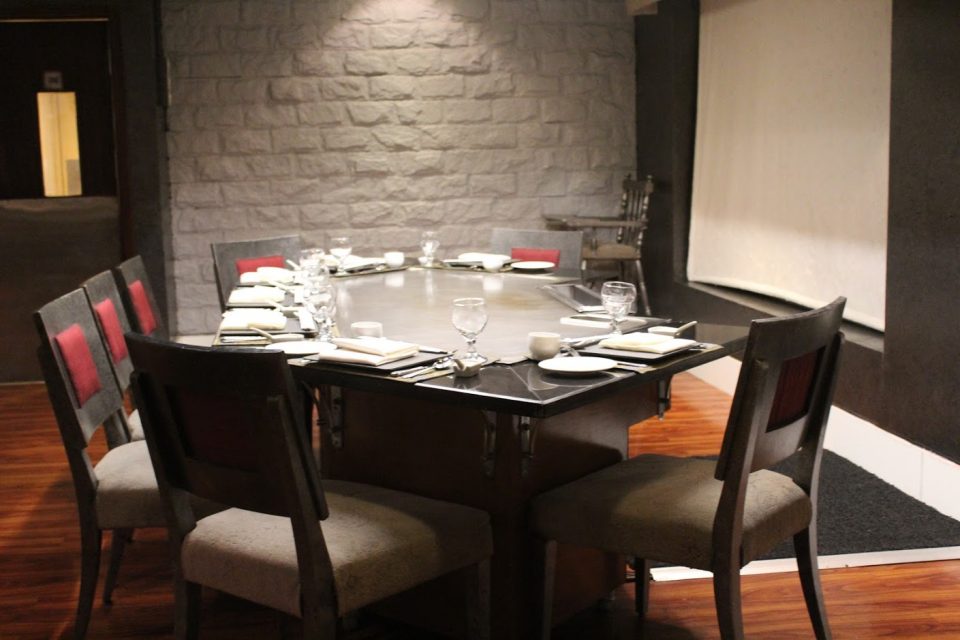 The menu covers Chinese, Thai and Japanese including teppanyaki and sushi, good variety of appetizers and main courses from each cuisine with very few desserts and drinks variety. We tried Teppanyaki, few other main course items from Chinese,Japanese and Thai cuisine and here is what we think about them:

A family serving of Hot n Sour soup was served with fish crackers. The taste unexpectedly was just like a very average hot n sour soup, spicy in a very average way, excessively salty with chicken chunks, and there was nothing to make it stand out of any other soup available in Lahore’s eateries.

6 pieces of spring rolls cut into small pieces were served with absolutely no presentation, the taste however was amazing, delivered the true spicy salty taste a spring role should have in its chicken, vegetable filling. Though very oily but we loved the taste.

The prawns were huge, or probably looked huge? A platter had 5-6 fried jumbo prawns in it, though they looked promising but lacked even slightest of taste in its coating. We would’ve preferred a mild salty spicy hint in it. Other than that the prawns were well made.

Wasabi is a very common spice of Japanese cuisine, used in multiple forms with main items. We tried wasabi chicken, these were chicken strips with wasabi mayo sauce on top of it. The chicken had a strong after taste due to wasabi sauce’s inclusion, the chicken chunks alone were a bit soggy and tasteless.

Poocha is a Thai appetizer, mixture of crab meat, chicken and prawns combined together with spices into a cake/cutlet. Coming to the taste, they tasted very similar to chicken mince cutlets with an additional seafood-ey taste.

This Thai Special Chicken came up, a bit less complex than the name, looked juicy, spicy and yum but tasted different. The dish gave a very strong taste. The chicken was hard and the gravy tasted like raw red chilli concentrated paste. The reason behind excessive spicy taste was Thai red chilies often referenced as red bird chilies which are famous for their strong and spicy kick.

Try this only if you like super masaly-dar spicy gravy. 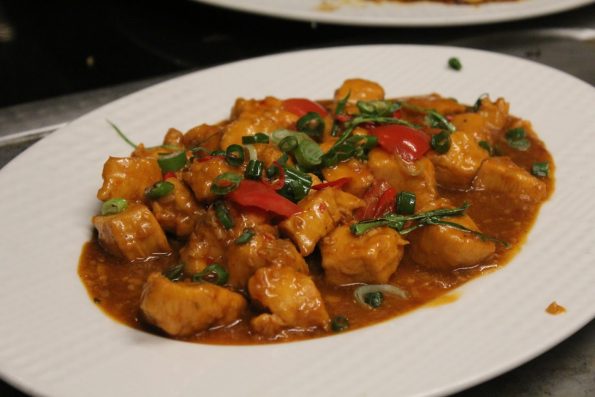 Chicken with cashew nuts usually has a very familiar strong and saucy taste no matter where you try it, but this one was different. Good or bad? You decide. The dish was super oily, tasted very different, probably overdone with soy-sauce or some other element with strong taste which spoiled the royalty of this dish. The nuts were very fresh and crispy and enough in quantity though

Chop souey is an American noodle dish. Made with crispy noodles beneath and a sauce all over it. The sauce over this chop soey however was extra sweet and tasted just like a variant of ketchup with chicken added.

Tasted like an average chow-mein , mild salty with thick noodles, chicken and vegetables. Nothing else. We expected something better from a specialized restaurant.

Teppanyaki is no dish name, its a Japanese way of cooking. The name is made from ‘teppan’ (iron plate) and ‘yaki’ (grilled, boiled) so it literally means grilling/cooking on hot iron plate. All around the world people cook meat, beef, chicken, noodles and seafood using teppanyaki style. Asian Aroma offers live teppanyaki counter, so you can actually see your food made live and fresh right in front of your eyes and be served in your plate there and then.The menu for the counter contains prawns, beef, chicken, salmon, red snapper and seasonal vegetables. We tried chicken and red snapper fish, both were taken out fresh, first cooked over iron plate and than mixed garlic and lots of butter. In the end they added Japanese spice togarashi and Japanese Salt Undashi*.

Toi is chicken meat in Japanese. This dish was chicken thigh piece cut into small chunks, the chicken was well made, had a very heavy after feeling due to butter but other than that it was mostly bland or very mild. The only minute taste we got was of soy sauce or butter or a hint of garlic.

Tai is snapper fish in Japanese, this was red snapper fish fillets, well made over iron plate and than seasoned with garlic butter and Japanese spices. The fish had more taste than chicken teppanyaki, the garlic chunks gave a well needed taste compliment to the mild buttery fish.

The service was very slow, even though we were the only occupied table in the place. The drinks arrived after our meal was over and the dishes didn’t come altogether at same time too.

The place Asian Aroma hasn’t been very famous but park lane does specialize in its sushi counter. Huge Area, peaceful environment, private dining area are their plus points. You can get live sushi and teppanyaki food served and made in front of you. The taste they deliver is not quiet out of this world but they do offer different menu items than usual. You can enjoy a complete meal over there for a minimum amount of 1700/Person.

*The name may vary slightly form its original word.